Press enter to begin your search
All Posts By

Absolutely amazing time at High Score, APRA/AMCOS’ two day game audio conference – got to meet some of my favourite composers and audio people, and hear their inspiring stories. Three days of GCAP (Game Connect Asia Pacific)-  networking, lectures (my brain is still full…) and then the Australian Game Awards https://gcap.com.au/2021-winners-announced-for-the-australian-game-developer-awards/

Looking forward to GDC Summer 2020 Online Conference in August, having never been to one IRL – which is kind of weird as I’m from San Francisco originally, and I love that city. Guess I’ll have to review my notes from PAX AUS “Networking For Introverts” panel talk.  https://gdconf.com/passes-prices

“Terraria’s soundtrack sticks firmly to that SNES theme. Boss themes sound like they are cleaner versions of classic OSTs like Castlevania, Double Dragon, and Lufia 2. The biome songs are relaxing. The boss themes are epic. “Plantera” and “Lunar Pillars” are some of the best themes I’ve heard in a while. They emphasize the panic and peril the player is feeling. These bosses are difficult, and my god does the music reinforce that. Composer Scott Lloyd Shelly has done a fantastic job of creating one of the best indie game soundtracks ever made.” 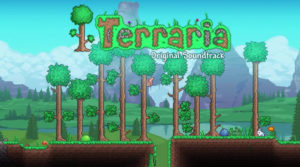 My first PAX – amazing! Took it slow and tried to absorb as much as possible in three days – Indie Showcase faves included Damsel from Screwtape Studios; Eyes of Ara by Ben Droste at 100 Stones Interactive; and Forts from Earthworks Games. Brisbane based devs all (just a coincidence…)

Really enjoyed the History of Video Game Music panel, oh, and then there was Skyrim on PSVR ¬\¬ 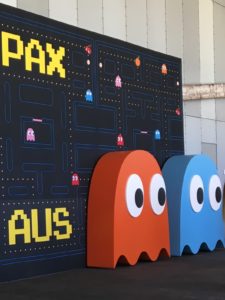 Big thank you to Zander Hulme and Dan Sugars for inviting me to talk with the Game Audio Brisbane Facebook group at JMC Academy August 30 – great opportunity to share experiences and info – hope it was helpful and really looking forward the the next event! Thanks guys!

And with that, video game music history is made. Congratulations Stephanie!

“The establishment of Music Australia opens up the opportunity for government policy to reflect the cultural, social and economic potential of our industry – and get serious about the business of music and the skills needed to realise its potential.” https://www.smh.com.au/culture/music/why-albanese-s-support-act-is-music-to-my-ears-20230202-p5chi4.html